Forgot to peel off the plastic

Sometimes this is just a forgetful thing, sometimes it's laziness, often it seems to be that the repair person isn't even aware it's supposed to be removed.

Leaving the plastic backing on isn't so bad if the little tag is cut off, sometimes it's done to gap the display away from the chassis slightly. Unfortunately if the little tag is left attached it causes a pinch and crush problem to the edge of the delicate LCD display and frequently permanently damages it. 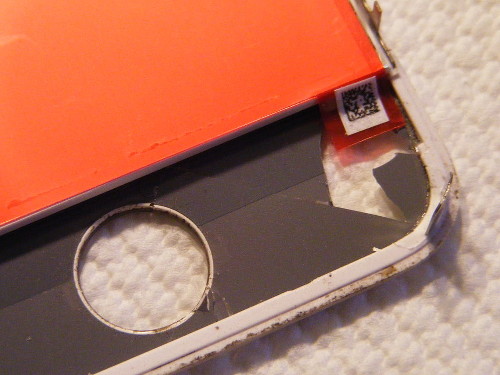 Forgot to transfer the facecam guide

Usually a time pressure or forgetfulness issue. Bonded to the original display units is a small clear plastic guide for the face camera, it stops it moving around by keeping it properly aligned relative to the hole in the screen. 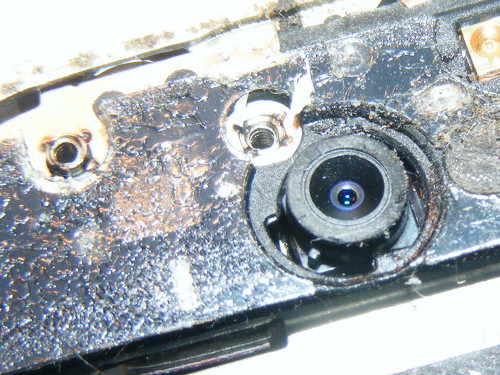 Most often a forgetful or time pressure mistake. Along with the camera guide it is one of the most frustrating mistakes that is usually only found after the phone has been completely reassembled and to rectify it needs to be disassembled completely again, including taking off the new display. Some techs try to push the grille in via the earpiece slot which can often damage the delicate earpiece.

Without the grille dirt will make its way in to the phone and damage will result, often extending beyond just the earpiece, particularly with liquid ingress. 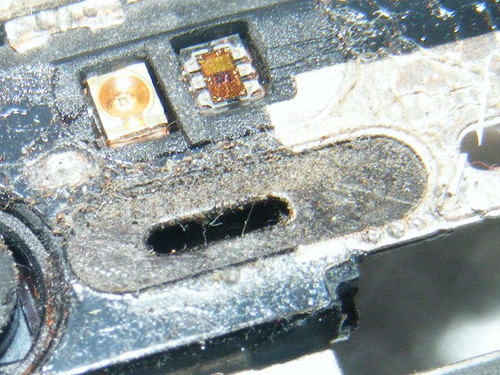 Training or preparation issue. There's a lot of different screw sizes used in the iPhone, many differing by only 0.1mm, but they cannot be interchanged.

Using the wrong screw in the reassembly can result in permanently damaged parts, including destroying the main circuit board, other times they become a nightmare for the unfortunate technician who has to service the phone the next time.

Laziness issue. There's some small plastic adhesive barriers that cover screws and parts in the iPhone, they're not crucial, but they are helpful

Due to the lack of obvious negative effects a lot of techs discard the protective plastic adhesive barriers that are over the top of some screws and parts in the iPhone.

The barriers, while a bit annoying to have to peel off and reapply should still be retained; they assist in preventing electrical shorts that can impede the operational performance of the phone. 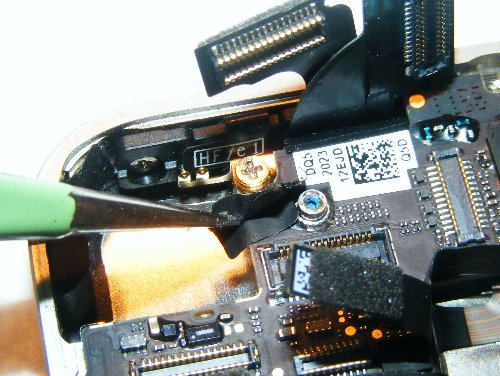 The parts and screws in the iPhone are small and delicate for the most part. Using the wrong size, or worn tool for the job makes things a lot harder for the next guy to repair.

A rounded out screw head is very awkward to remove due to having almost no other grip points and there is a lot of delicate electronics surrounding them. There is no reason for so much force to have been used to screw it in, and if it was damaged on removal (seized) then it should be replaced with a new part. 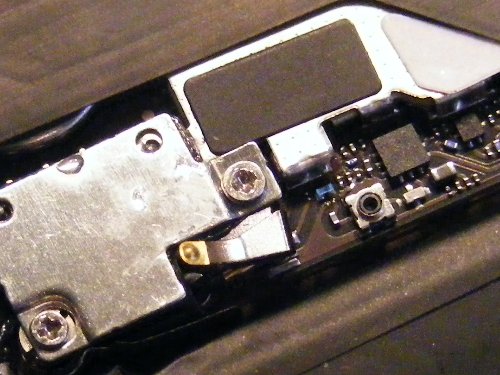 iPhone batteries are bonded down to the chassis using a moderate amount of adhesive to stop them moving ( to conincidently, prevent damage ) which makes them a little bit annoying to remove. Some people use hard implements to spudge and lever out the battery rather than using the plastic pull tag that is provided, this frequently results in the skin of the battery being torn, or the cell being punctured. The correct way to remove the battery is to warm the phone chassis up with a heatgun on low until the adhesive has softened, then removing the battery using the pull tag without undue strain.

If you smell a strong sweet smell coming from your phone after it has been repaired, or the battery doesn't last as long, then you need to immediately organise for the phone to be checked. The sweet smell is the indicator that your battery has been punctured or damaged 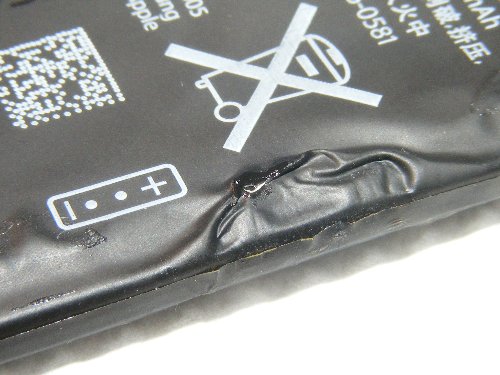